Magoo's Pizza pioneered pizza delivery in the Philippines way back in 1977 with the opening of its very first store in Makati. During that time, food "to-go" was unheard of, and having food actually delivered to your home with one phone call was a novelty. Other pizza chains followed many years later.

Originally a franchise from Honolulu, and later on as an independent Filipino chain, Magoo's branched out to different areas of the metropolis making their pizzas available to more people. In 1996, magoos.com even dabbled in the digital space and offered online ordering via (then) high-tech dial-up-to-fax transmissions.

In 1998, Magoo's introduced its "Tear-Serve and Keep" box-responsible packaging to address growing environmental concerns. The top of the box tears up into little paper plates so that office parties were neater, and the bottom box is folded up into a slim box that stores conveniently in a home refrigerator. This ingenious box is still being used today.

Of course, the center of all this was the famous square pizzas which were divided up into more slices, easier to share and easier to hold. If you were having a party, you could even request the store to cut it up into smaller appetizer-sized pieces.

Do look through our menu and take a trip down memory lane! 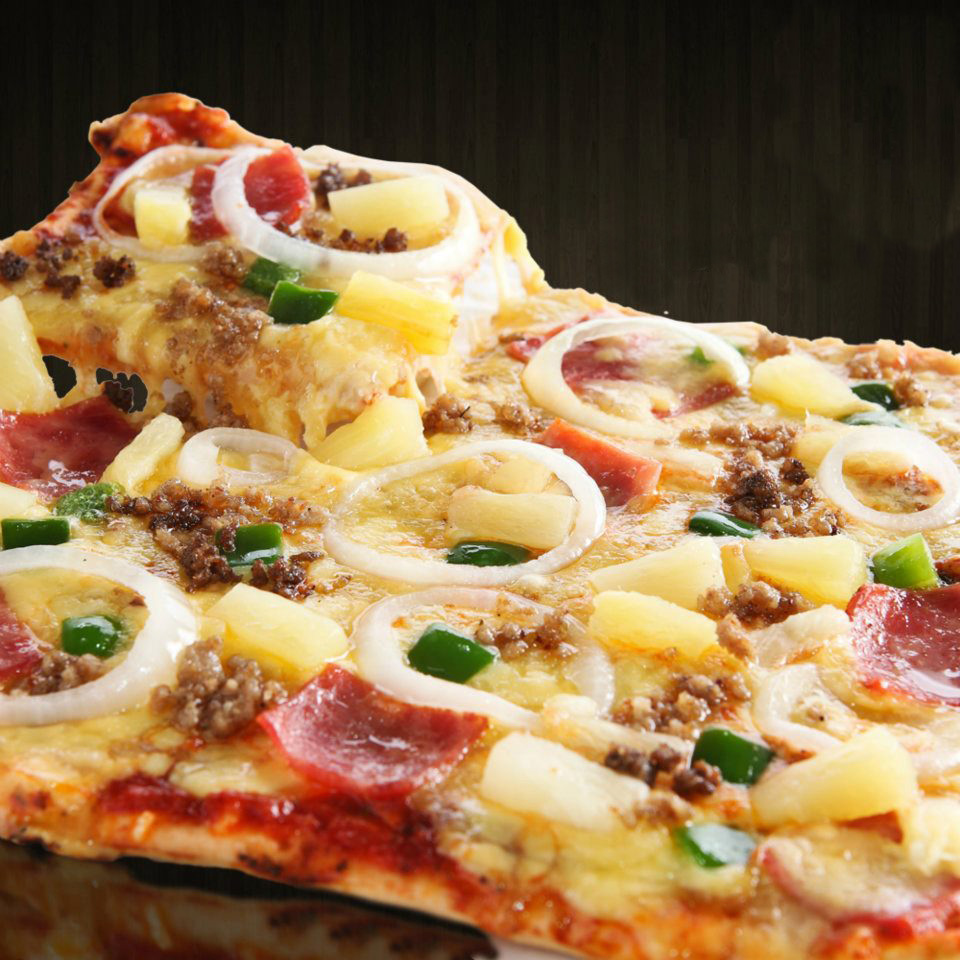 Magoo’s Famous Combination – A consistent best-seller after all these years. Looks good, and tastes even better.

Cowboy’s Slice –  In the 80s, when CB-radio groups were a thing, the “Cowboys” used to park their cars in the lot across the store and chat into their radios all night. They were responsible for creating this crowd-pleaser of a combination. Ten-four!

Vegetarian Delight – For those who prefer to go meatless, we have this for you!

Sign up and be one of our most valued clients to enjoy our products and take advantage of our discounts and promos.